The sky opened up and lo and behold... 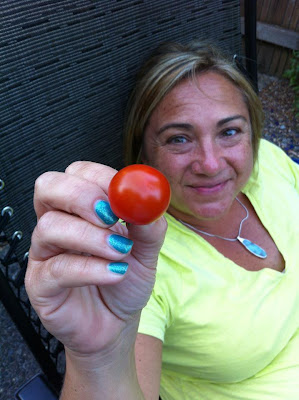 ...the first tomato of the season! And yes, it was delicious. Next time I'm picking some basil to go with it.

Another summer moment savored and loved.
Posted by LeLo at Tuesday, July 24, 2012 2 comments