Who are you calling pansy? 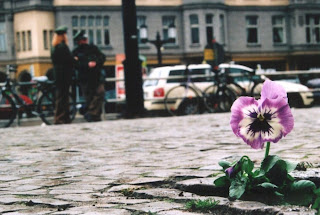 Update: this is a post from 2010, and most if not all of the links are now dead. The publication I wrote for is no longer in business, and the podcast I had is retired. For more information about The Pansy Project, visit http://www.thepansyproject.com/home
...
This is a cross post of my column out today in Just Out. You can also listen to an interview I did with the founder of The Pansy Project, Paul Harfleet, over here on Lelo Homemade.
Blog Networks